More school children are bullied face-to-face than online and prevention programs must take a wide-ranging approach that extends beyond just cyber bullying, according to a new global study.

The study, led by Life Course Centre researchers at The University of Queensland, examined the prevalence of different forms of bullying among more than 200,000 adolescents, aged 11-15 years, in 40 low, middle and high-income countries. It found that 8% of adolescents reported experiencing traditional face-to-face bullying in recent months, while 2.3% reported exposure to cyberbullying only, and 1.7% reported experiencing a combination of both traditional and cyberbullying.

Dr Tuhin Biswas, lead author and Life Course Centre Research Fellow at UQ’s Institute for Social Science Research (ISSR), said bullying during adolescence is a major global public health issue and a causative risk factor for mental health conditions such as depression and anxiety. He said the new global study, utilising World Health Organisation (WHO) school-based survey data, provides a more nuanced view of bullying during adolescence by investigating the prevalence of both traditional and cyberbullying, and the interplay between the two.

The study found that females were more likely to experience cyberbullying, while males were more likely to experience traditional bullying. It also showed that, despite cultural and demographic differences across the countries studied, problems with family functioning, peer relationships and school connectedness were strongly associated with all forms of bullying victimisation.

Associate Professor Abdullah Mamun, a Life Course Centre Chief Investigator at ISSR, said the study shows that the risk of exposure to all forms of bullying during adolescence is modifiable. “Given that all forms of bullying victimisation are associated with peer, family and school factors, it is important to design comprehensive community-wide programs,” he said.

“Improving family connection, peer relations and school connectedness for adolescents may provide the global foundations for reducing bullying victimisation. In all countries, culturally appropriate interventions that improve relationships between adolescents, their parents and peers could assist in reducing all forms of bullying and associated mental health and high-risk behaviours.” 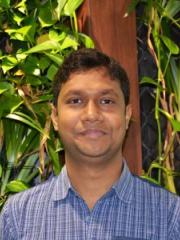 Go to full article: Variation in the prevalence of different forms of bullying victimisation among adolescents and their associations with family, peer and school connectedness: a population-based study in 40 lower and middle income to high-income countries (LMIC-HICs). Journal of Child & Adolescent Trauma.